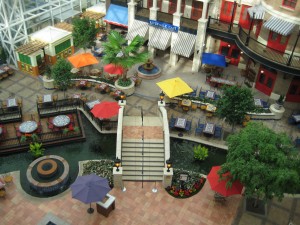 Atrium View From My Room at The Gaylord Texan 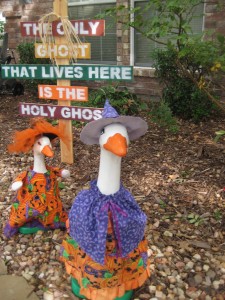 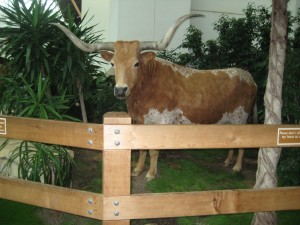 He Lives on Dwarf Mondo Grass in an Atrium

If you have been following my Tweets on Twitter, you know I have been living in an atrium at the Gaylord Texan on beautiful Lake Grapevine since Wednesday attending the Texas Association of Builders Sunbelt Builder’s Show since last Wednesday.

The Gaylord Texan is a gardener’s paradise composed of miles of trails and plants in an indoor atrium, hotel, resort and convention center. Staying there has given me a prospective to ponder and a Tweet of an original nature that I’ll share with you and introduce to you a new and brilliant friend I met through Twitter. If any of you have been curious about Twitter here is an introductory course in Twitter as well, and you can start on the Twitter path with me. On Saturday morning before dawn, but who knows what time it is in an atrium, I was pondering my new mantra “what should I Tweet about, what should I Tweet, what should I Tweet about, …,” and I threw back the covers knowing sleep was over and I ran to my IPad with sketchy WIFI access to ask my knew Tweet mentor Margie Clayman of the Clayman Advertising Agency, Akron, Ohio, http://www.clayad.com a Twitter question. Here is the question, “Margie, as a marketing maven by day with a gardening alter ego by night, is it acceptable to mix my identities when I tweet?” And right there in front of my sleep blurred, tradeshow crazed, Tweet driven eyes was a Tweet from Margie to the entire world all about,  guess who? No! You are never going to believe it in a million, bazillion years! Never! All my wildest happiest gagasgarden dreams come true. My wonderful new friend, social media Twitter master Margie Clayman with a respected ad agency that’s been around since 1956 has a Tweet and a training film clip featuring gagasgarden and she’s training people new to Twitter.

And just when I think it doesn’t get any better than this, Margie has marked as a favorite my Tweet from the Gaylord Texan this pondering Tweet. “I love dwarf mondo grass under glass – Gaylord Texan” And that is because while at the Gaylord Texan I had lots of time while walking on miles and miles of trails back and forth from my room to the convention center to think about how much I love dwarf mondo grass. This training clip will get you on your way with Twitter and Margie and I are out there Twittering away and we’ll assist you, well maybe Margie will assist you. Also I submitted gagasgarden BLOG to Margie http://www.margieclayman.com/?p=668. In her featured article

Musings on Marketing and Other Morsels

The ravings of a 3rd generation agency woman

In her Musings on Marketing and Other Morsels Margie she also selected gagasgarden BLOG as lucky number 13 on her list of BLOGs to follow. So, for those of you who want to learn like I do and have been wondering how to Tweet go to this link and watch the training film Margie put together using me, Gaga as an example of a new Twitter user. The clip is amazingly easy to follow and it will teach you how to get started and answer so many questions. I will tell you the first week on Twitter Margie invited me to #Tweet Diner and I searched 456 social networking apps on my IPad looking for #Tweet diner only to ask Margie where could I find the app and she said just put the Tweet Diner in the search bar on Twitter and you’re in and she still had to find me the night of the event out in the main stream conversation by saying gaga put a # in front of your tweets  and then you’ll be in #tweet diner. It was like conversation on steroids. Watch her training clip and see how gagasgarden questions helped her formulate a clip for those new to twitter.

Also it was time to put the goose girls in their Halloween costumes so I have them in their costumes. Our daughter Laurie said the other day, “Mom, I thought one of the goose girls was a boy.” So on the way to buy our goose girls Halloween sign I told my husband about the dilemma of whether we had been dressing the girls in the appropriate attire, he said  “they’re unisex, but let’s go home and check to be sure. I told him “now that’s funny,” and I was going to write that in the Blog and now he wants to be paid for his material, so I told him to write himself a check.

Here’s an update on the greenhouse. It is built in the garage, because OUI built it while I was attending the Sunbelt Builders Show.  The materials cost $112. We have plans for the kid’s garden. I have names of some landscape designers we are going to interview at Calloway’s for perfect perennials for winter. Please learn about Twitter by watching the great clip by Margie Clayman of Clayman Advertising Agency. Then you can set up a Twitter account and follow my Tweets and Margie’s Tweets even if you don’t feel like you want to Tweet yet.

One thought on “Steer Clear of the Atrium”