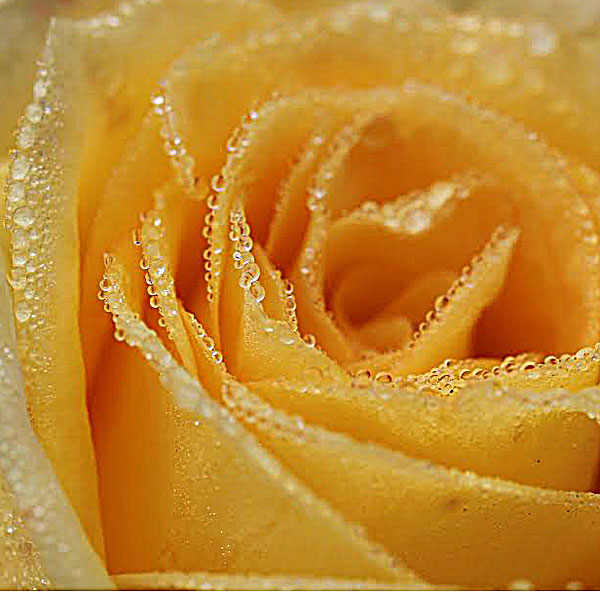 [Note: People sometimes pray the above 15 line version of St. Patrick’s Prayer. The conclusion of the full version follows below.]

On Christmas Eve Pastor Larry Daniel of Ramsey Christian Church recited the above 15 lines of St. Patrick’s Breastplate Prayer during the lighting of the Advent Candles. It seems fitting that during the 12 Days of Christmas to honor the prayer and the beauty of the rose St. Patrick, an AARS Award winner from 1996.

What Do the Advent Candles Symbolize?

St. Patrick’s Breastplate is a popular prayer attributed to one of Ireland’s most beloved patron saints. According to tradition, St. Patrick wrote it in 433 A.D. for divine protection before successfully converting the Irish King Leoghaire and his subjects from paganism to Christianity. (The term breastplate refers to a piece of armor worn in battle.)

More recent scholarship suggests its author was anonymous. In any case, this prayer certainly reflects the spirit with which St. Patrick brought Christianity to Ireland! St. Patrick’s Breastplate, also known as The Lorica of Saint Patrick was popular enough to inspire a hymn based on this text as well. (This prayer has also been called The Cry of the Deer.)

Put on the the full armor of God…

I arise today
Through the strength of the love of cherubim,
In the obedience of angels,
In the service of archangels,
In the hope of resurrection to meet with reward,
In the prayers of patriarchs,
In the predictions of prophets,
In the preaching of apostles,
In the faith of confessors,
In the innocence of holy virgins,
In the deeds of righteous men.

I arise today, through
The strength of heaven,
The light of the sun,
The radiance of the moon,
The splendor of fire,
The speed of lightning,
The swiftness of wind,
The depth of the sea,
The stability of the earth,
The firmness of rock.

I arise today, through
God’s strength to pilot me,
God’s might to uphold me,
God’s wisdom to guide me,
God’s eye to look before me,
God’s ear to hear me,
God’s word to speak for me,
God’s hand to guard me,
God’s shield to protect me,
God’s host to save me
From snares of devils,
From temptation of vices,
From everyone who shall wish me ill,
afar and near.

I summon today
All these powers between me and those evils,
Against every cruel and merciless power
that may oppose my body and soul,
Against incantations of false prophets,
Against black laws of pagandom,
Against false laws of heretics,
Against craft of idolatry,
Against spells of witches and smiths and wizards,
Against every knowledge that corrupts man’s body and soul;
Christ to shield me today
Against poison, against burning,
Against drowning, against wounding,
So that there may come to me an abundance of reward.

[Note that people sometimes pray a shorter version of this prayer just with these 15 lines about Christ above. The conclusion follows below.]

The Armor of God

When St. Paul referred to putting on the “Armor of God” in his letter to the Ephesians (6:11) to fight sin and evil inclinations, he could have been thinking of prayers just like this one! We may not wear combat gear in our daily lives, but St. Patrick’s Breastplate can function as divine armor for protection against spiritual adversity.

How December 25th Came To Be ‘Christ’ Birth Day

“The earliest source stating December 25 as the date of birth of Jesus was Hippolytus of Rome (170–236), written very early in the 3rd century, based on the assumption that the conception of Jesus took place at the Spring equinox which he placed on March 25, and then added nine months.[21] There is historical evidence that by the middle of the 4th century the Christian churches of the East celebrated the birth and Baptism of Jesus on the same day, on January 6 while those in the West celebrated a Nativity feast on December 25 (perhaps influenced by the Winter solstice); and that by the last quarter of the 4th century, the calendars of both churches included both feasts.[22] The earliest suggestions of a fast of Baptism of Jesus on January 6 during the 2nd century comes from Clement of Alexandria, but there is no further mention of such a feast until 361 when Emperor Julian attended a feast on January 6 in the year 361.[22]

Days of the Christmas Season

In the Christian tradition, the Christmas season is a period beginning on Christmas Day (December 25). In some churches (e.g. the Lutheran Churches and the Anglican Communion) the season continues through Twelfth Night, the day before the Epiphany, which is celebrated either on January 6 or on the Sunday between January 2 and 8. In other churches (e.g. the Roman Catholic Church) it continues until the feast of the Baptism of the Lord, which falls on the Sunday following the Epiphany, or on the Monday following the Epiphany if the Epiphany is moved to January 7 or 8. If the Epiphany is kept on January 6, the Church of England‘s use of the term Christmas season corresponds to the Twelve Days of Christmas, and ends on Twelfth Night.

This short Christmas season is preceded by Advent, which begins on the fourth Sunday before Christmas Day: the majority of the commercialized Christmas and holiday season falls during Advent. The Anglican Communion follows the Christmas season with an Epiphany season which lasts until Candlemas (February 2), which is traditionally the 40th day of the Christmas–Epiphany season;[23] in the Lutheran Churches and the Methodist Churches, Epiphanytide lasts until the first day of Lent, Ash Wednesday.”*