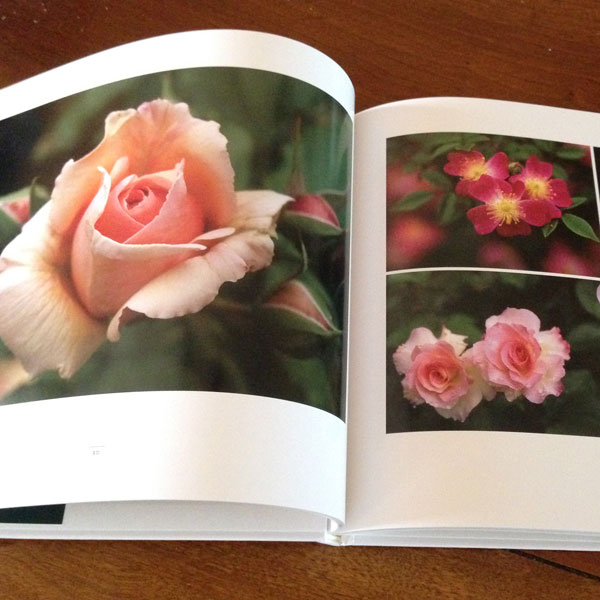 The Rose Garden of Fukushima

Review: Before and after photos of the Futaba Rose Garden appeared in an article called â€œRoses Abroadâ€, written by Akira Ogawa in the July/Aug 2013 issue of The American Rose Magazine of The American Rose Society. I was moved, and stricken with such sorrow and grief for Okada, his family and the people of Futaba Town, I contacted the honorable Akira Ogawa expressing my sincere sorrow for their loss due to the Great East Japan Earthquake measuring 9.0 at 2.46 pm on Friday, March 11, 2011. The earthquake, created the tsunami and subsequent nuclear disaster at the three Fukushima Daiichi reactors which combined effect of loss and devastation shall be felt for generations. Mr. Akira Ogawa and I have stayed in touch. On New Yearâ€™s Eve of 2014, I opened a package from Mr. Ogawa, it was the book called The Rose Garden of Fukushima by Maya Moore.

Mr. Ogawa asked that I write a review of Ms. Moore’s book. Akira translated the following book review for Japanese television to promote Ms. Moore’s amazing work that is an important historical work, lest we forget. And I am grateful that Ms. Moore’s book now has been recognized for the literary work of art & historical relevance it is by the World Federation of Roses by naming ‘The Rose Garden of Fukushima’ their literary award winner of 2018.

The Rose Garden of Fukushima by Maya Moore

‘The Rose Garden of Fukushima’ “is the story of one of the â€œcountless narratives that unfolded from the momentous tragedies of the great Tohoku Earthquake and explosion at the nuclear plantâ€. Ms. Moore tells the story of how the Futaba Rose Garden was designed, built and maintained by one man, Katsuhide â€œKatzâ€ Okada, and his wife Kazuko and their family over the course of 50 years with pictures of the garden before the earthquake and nuclear disaster of March 11, 2011. With pictures of the garden as it stands now after the disaster occurred and its devastating effects on the landscape. It is very raw and powerful.

A Rose Garden on a Sleeping Dragon

Katz began his dream garden when he was only 17, with the support of his father, and would end up â€œcreating an oasis unparalleled in the country, if not the world.â€ 50,000 people came to visit the rose garden each year in Futaba Town nestled in Japanâ€™s historical Soma region. Ms. Mooreâ€™s book is a pictorial of how a little town and its beautiful garden nestled in a pristine setting so close to a sleeping dragon eventually came to be swallowed up by the beast.

These are the four key concepts Katz called foundation stones, â€œNatural,â€ â€œGreen,â€ â€œAtmospheric,â€ and of course â€œRoses.â€ His first task was to modulate the space with visual rhythms. This is a powerful force he put in play with Himalayan cedars and vertical design elements. Ms. Mooreâ€™s book is a treasure that captures the visual beauty of the gardenâ€™s design elements. It also tells the story of what happened on that momentous day in March on another 11th day we have in common with the people of Japan that changed the world forever when this garden and so many lives ceased to exist. In Ms. Mooreâ€™s beautiful chronology of the story of the garden as I turned the pages upon reaching page 82, I began to cry at the sight of the garden as it stands today frozen in the despair of that fateful day.

The Archway of The Futaba Rose Garden After the Nuclear Disaster

Remnants of the beauty remain draped in an arbor once so beautiful but now poised as if in anguish shown in the picture on page 85. Some of the pictures actually look like a snarled web of destruction, within a wilderness among wisps of frightened loneliness. The pictures on page 87 depict such barrenness and a statue once beautiful frozen as if asking an eternal question of why? Katz was inspired to tell the history of roses to visitors in a chronology from Wild Roses to Modern Roses so visitors would know the history of roses.

The History of The Futaba Rose Garden

The history of the garden hold a lesson we need to remember of the fragility of life. Countless people drew beauty and wonder from the Fukushima Rose garden, now this book by Maya Moore captures this story for all time. I am so thankful that the honorable Akira Ogawa sent me The Rose Garden of Fukushima by Maya Moore, and he wrote about Katz Okada and his Fukushima Rose Garden for The American Rose magazine. Ms Moore captured for all time how one manâ€™s dream became a reality, as it was and as it is today so we never forget. All of life is but a vapor that can be gone in an instant, but hope endures in the human spirit and in all living things. Katz at the end was beginning anew with his roses and Ms. Moore tells the story eloquently. Ms. Mooreâ€™s book is a beautiful work that I highly recommend.

Futaba Rose Garden Before the Nuclear Disaster and After

Magnificent photographs and heart-wrenching story about a real rose garden that perished with the meltdown at the Fukushima Nuclear Plant in Japan in 2011.The roses and their demise depict the personal tragedies that are rarely told.