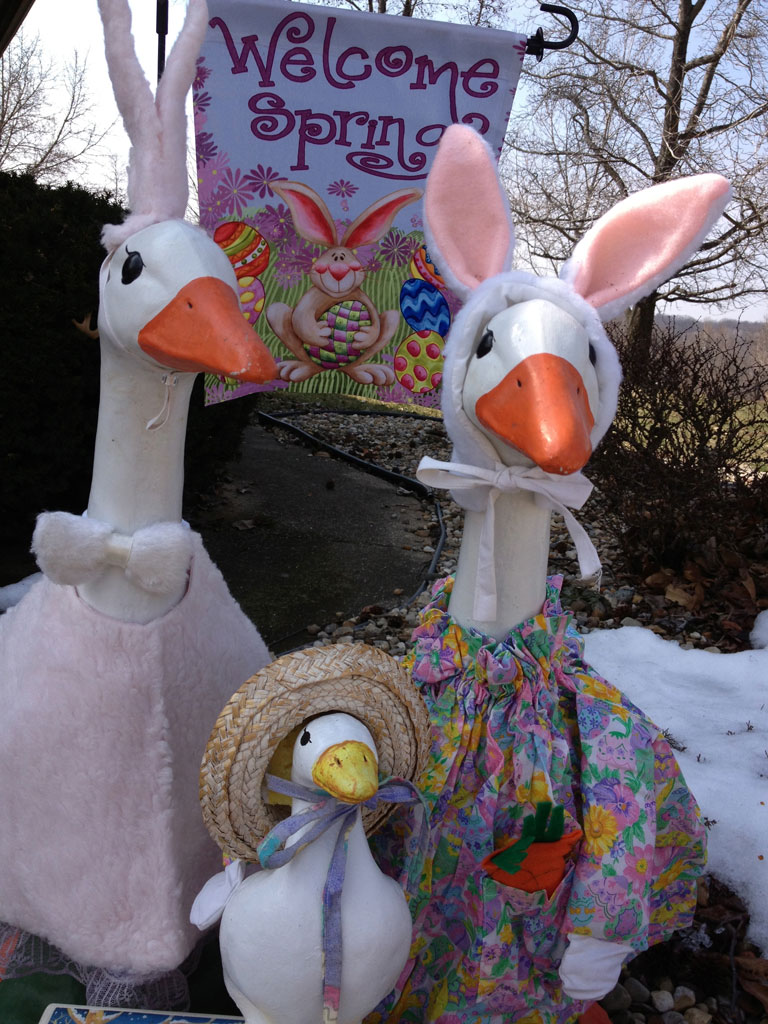 What a cool spring! Weather now fascinates me. Did you ever see the Saturday Night Live skit She Turned Into Her Mother? Summary: In a horror movie spoof, a man (Tom Hanks) watches idly as his wife (Julia Sweeney) makes the full transformation into her mother. Thatâ€™s now me. Hereâ€™s how it happened. I used to travel all the time, my mother would watch the weather channel alerting me to weather perils and appropriate garb to pack. And yes, she watched Murder She Wrote, with Angela Lansbury. One time when she was visiting me in Texas she was booked on a flight back to Chicago that had a connection on the eastern seaboard.

On the sound advice of the weather channel she said to me â€œthe worst snow storm is predicted to hit the eastern seaboard todayâ€ and perhaps I should change my flight.â€ I scoffed and said, â€œMother thatâ€™s absurd, no one changes their flight based on the weather channel.â€ We arrived at DFW and practically all the other carriers had cancelled flights heading into the east coast except her carrier and frankly the ticket agent seemed a little worried. I put her on the plane trusting the airlines to make the best decision about cancelling the flight. Later that day she was on the evening news. Her plane skidded off the runway due to icy conditions. She had to slide down the inflatable emergency exit! No one was able to find her for the entire week-end due to the fact that all communications were down for the entire week-end! Can you imagine the hilarity and her vindication of seeing that skit on SNL the first time?

Now it appears I have turned into my mother,

I watch the weather channel and call my kids and tell them to put helmets on the grand-babies and get in the inside room with no windows when there are tornado warnings in Texas. It seems I share a weather fascination with lots of folks. If you love to dig deep into weather charts, graphs and studies visit Jack Falker, The Minnesota Rose Gardenerâ€™s site. He talks aboutÂ  all sorts of weather trends here.

It seems based on weather channel predictions my plant hardiness zone 6b will be a longer, cooler spring due to the polar vortex dipping and lingering lower within the Northern Hemisphere. The Doppler radar then showed a beautiful blue polar dip including my zone. So be it. Remember, my mother, the general’s proclamation upon leaving west Texas for Northern Illinois, “its easier to get warm than to cool off.”
After the last few droughts and a couple of summers that I lost count of days over 100 and without rain in Texas I discovered I just may be a natural born Yankee. There I’ve said it. I like cool weather better than hot weather. What a cool spring!

Also I was reminded that the first rose that bloomed in Texas was on St. Patrick’s Day and it was always Bonica. Sometimes we might have to wait as late as Fatherâ€™s Day for the first rose to bloom in Northern Illinois. Â

5 thoughts on “What A Cool Spring!”