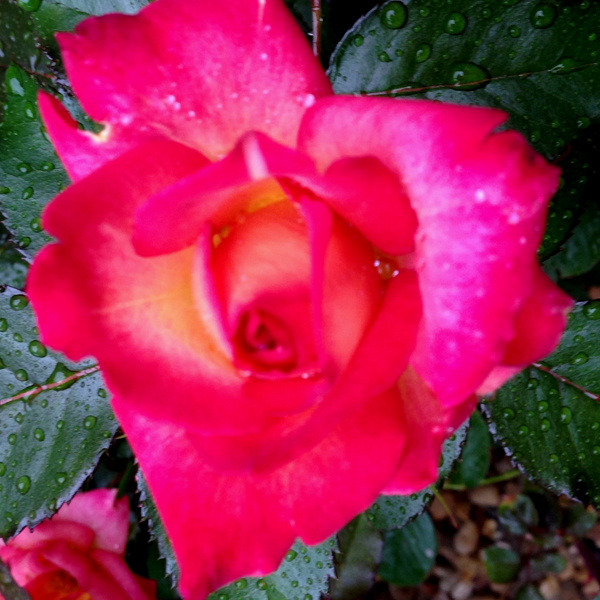 “The best and most beautiful things in the world cannot be seen or even touched – they must be felt with the heart.” ~ Helen Keller

Einsteins Theory of Relativity* in a nutshell says that in the moment that it takes you to read this sentence the room has changed around you. The unseen world is more real than the seen world and is constantly changing. Every rose that we capture in a shutter frame is for ours alone to see and share and gone in a fleeting second.

Showing roses showed me that some folks have a magician’s touch with roses. One such person is Past President of the American Rose Society, (ARS) Don Ballin. Don, prior to being elected President of ARS was president of the Northeastern Illinois Rose Society when I was a member. Don is a rose whisperer. He and his wife Paula played a role in having the rose named as our National Floral Emblem, going to Washington and watching President Ronald Reagan sign the bill into law. I’ve seen Don and Paula ‘blow’ open a rose at a National Convention with a whispered breath. They can force into bloom perfect roses suitable to win the Horace McFarland Memorial National Trophy*, not once, but more times than I can remember. And yet no one on this earth that I have seen can open a rose into the form of a perfect Heart In Nature.

a theory, formulated essentially by Albert Einstein, that all motion must be defined relative to a frame of reference and that space and time are relative, rather than absolute concepts: it consists of two principal parts.

An entry of six -seven hybrid tea specimens, each of a different variety, correctly named and exhibited in separate containers

One thought on “Roses, Natures Heart In Nature”