Redemption. Rose Garden Redemption. That’s what I needed on this amazing summer morning, the year of the drought. As I observe one more mole tunnel I lament to that great cowboy in the sky just lasso my foot and drag me back to Texas.

OUI moved heaven and earth to put in an elevated rose garden that virtually has served up a feast for moles, voles, gophers and my personal favorite Japanese beetles. Jolene Adams incoming President of The American Rose Society on hearing I was squishing the nasty little creatures said don’t squish them due to a pheromone they give off that may attract their buddies. That thought conjures up Japanese beetles in a silent scream saying, “oh no she’s killin’ me boys come eat all ‘er roses!” So while trying to follow the elegant instructions “brush them into soapy water with a gloved hand” that’s when things went horribly array and I almost got a mouth full of Japanese beetles. Then I could have provided a complete study including a taste and texture of Japanese beetles that don’t want to drown elegantly in soapy water because they can fly away. 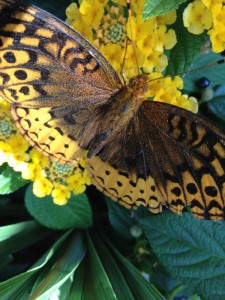 I wonder how much pheromone they give off when you accidentally chew one up and swallow it!? I could have posted a picture of a swarm of the horrible beasts for you to see on my beautiful flowers. I will spare you the horror.Â  They are too awful to look at. I cringe at the thought.

My greatest aversion used to be chiggers, now I have to add a few things to the list. I never heard of a vole until I moved to the country in Illinois. I thought my friend telling me about voles really meant moles. Even though she has been a teacher for 30 years I thought perhaps she just got the pronunciation wrong. She lives out in the woods and was explaining that voles had felled all her neighbors plants by eating the roots and then the plants just topple over deader than a door nail. I listened like I was hearing about a new Freddy Krueger movie come to life, ran home with a flash light and crept around gently tugging on my plants seeing if they were loose and I could yank them out of the ground, you know like pulling a baby tooth. I guess a vole looks like the former Chuck E. Cheese before his makeover to Chuck E. a little more mouse and a little less rat. Then I did some research and found out about voles. My bad as they say. Enough lamenting. You and your rose garden is like a marriage. I solemnly swear, in sickness and health, for richer and poorer, blah blah blah, for as long as we both shall live. Because I came out this morning and the rose pictured not eaten by Japanese beetles, not felled by voles and does not have a gopher or a mole tunnel is a picture of a candelabra of Redemption. Amen. 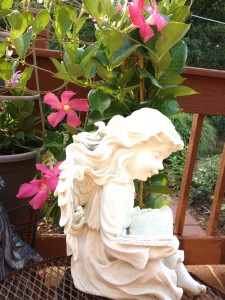